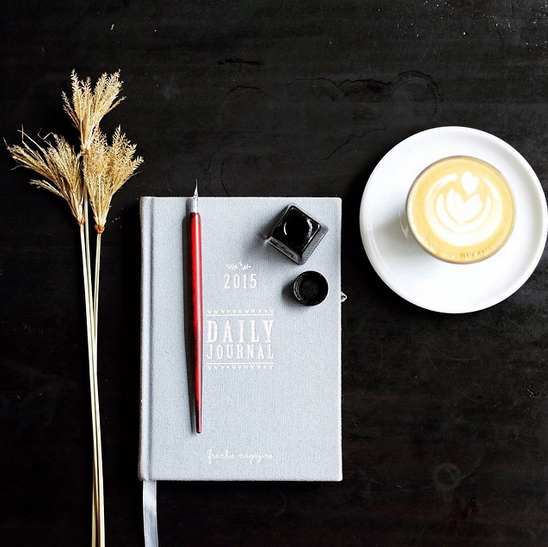 I write because, in my teenage years, I learned that my knuckles would hurt if I punch the wall. That instead of getting sympathy, my parents would simply scold me for breaking things or throwing my stuff away. That to swear and curse from the top of my lungs, I needed to go to a jungle or a mountain so nobody would hear me, but I couldn’t travel that far. That cutting myself sounded like an intriguing idea to play with, but I could never get myself to do it. I write because, at the time, I didn’t have whatever it takes to run away–both mentally and physically.

There were times in my early 20s when I envied my friends who could run away to other cities/countries, drowned themselves in sexual adventures, went to wild parties and got wasted, tried out drugs of a different kind, or showed everyone the scars they inflicted on themselves in an attempt to ‘feel’ again. There were times when I looked at them and wished I could do that, too.

But I didn’t.
Instead, I wrote.

I write because the pages are simply being there. They are not talking back, they are not giving any advice, they are not offering words of comfort, they are not judging. They are simply being there in their blankness, waiting for my pen to vomit the chaos of my thoughts and feelings. They never flinched no matter how dark, mean, or depressing those thoughts and feelings turned out to be. Sometimes, my handwriting is tiny and neat and round, other times thin and messy and sharp, other times huge and bold and wet with tears. But the pages are still there–even when they get damp, torn, crumpled, thinned, or worn out; they stay. Different people in all walks of life choose different outlets to cope with different kinds of things. It just happens that I choose writing. And I’m thankful for writing, too, has chosen me.

PrevA Parisian Note: A Reminder “To Feel”
Ian Curley: A Message on Mindfulness from the Kitchen.Next