A Parisian Note: A Reminder “To Feel” 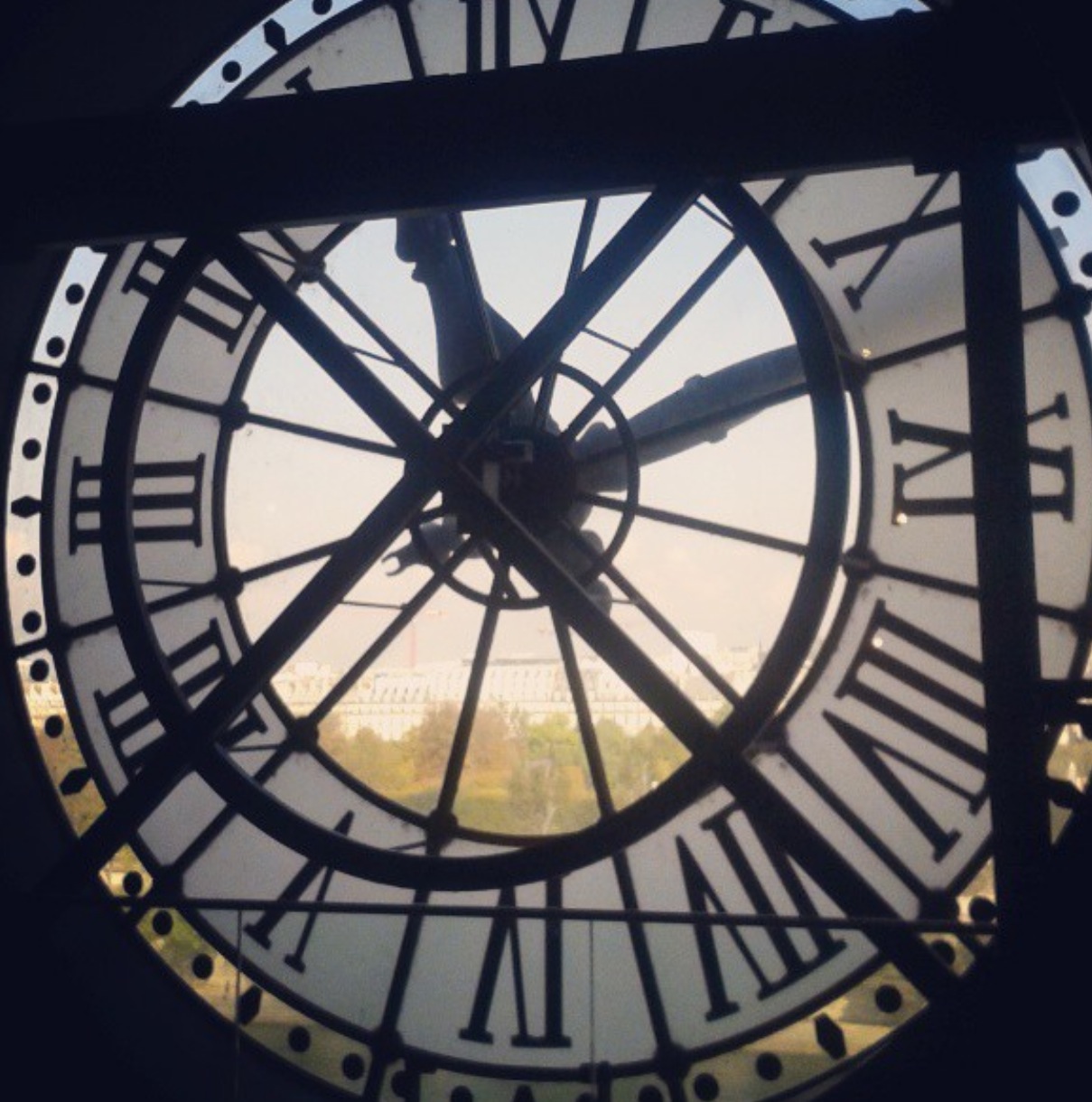 It was not Louvre. It was Musee d’Orsay I fell deeply in love with.

From one floor to another, from one alley to the next, those enchanting paintings and sculptures never ceased to amaze me.

At times, silently, I hovered around some visitors who were accompanied by a guide–most probably an art student–and eavesdropped as the guide explained the symbolism behind “the color orange” or “the appearance of a tiger” used in a certain painting.

I do not ‘understand’ art–though I wish I do. Eavesdropping the guide’s detailed explanations suddenly threw me away to another miraculous realm–where all shades, shapes, lines, tints, colors, brush strokes, hues, shadows… hide deeper meanings beyond what the eyes can see.

But the deeper meanings behind the paintings in Musee d’Orsay struck me on the 5th floor–where they exhibit the works of the ‘impressionists’, like Monet and Renoir. It might not be a coincidence that one of my most impressive moments in Paris happened exactly there.

I was sitting on a bench overlooking walls of paintings, resting my feet while looking at the museum’s guidebook. In front of me, a father and his son stood side by side. I guessed they were African-American. Both were dressed stylishly–very Parisian in a way.

The father turned his face towards the boy and smiled.  He casually lowered himself so that the two of them were on the same height, and then he said, “Hey, man. It’s okay if you don’t understand. You don’t have to understand it. You just need to feel it.”

There was a pause in the air, and I realized that I was actually holding my breath.

“Now, here, look at this painting here,” finally the father pointed out at a painting and looked at his son once again. “Do you feel anything by looking at it? Just recognize how you feel about it. That’s it. Just note the feeling.”

“What if I feel nothing?” the boy asked.

“If you feel nothing–nothing at all, then just move on to the next painting,” the father smiled calmly.

It struck me how often we feel as if we need to understand things in life, and–just like the little boy–get frustrated when we couldn’t find an answer. We said things like I-don’t-understand-him or I-just-don’t-know-what-to-do or I-just-don’t-get-it all the time, in a sigh of desperation–as if not understanding or not knowing or not getting ‘it’ was something wrong; as if it was our fault; as if we were not trying hard enough.

But how often do we stop trying to understand ‘it’, and start feeling ‘it’ instead? To simply see things as it is and just recognize the feelings that are welling up slowly from the inside? How often do we give a chance for our hearts to just completely feel, without having our minds interfering?

And on those particular moments when we “feel nothing”…
are we ready to move on to the ‘next painting’?

Prev6 Ways To Live The Life You’ll Love.
Why I Write.Next