Santorini | 3. Those Who Leave Traces 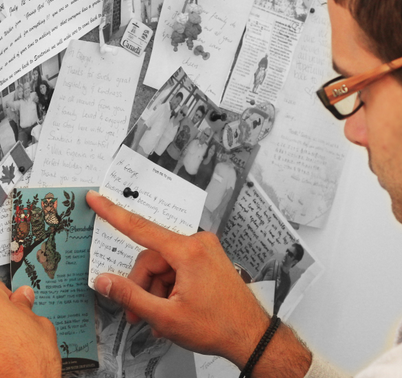 It is always—always, about the people you meet along the way.

From my previous travelling journeys, I realized that the places I cherish the most are places with names and faces; places where stories and dreams are being shared with someone you have just met for the very first time; places where you arrive as a stranger and depart as a dear friend. It is that connection that matters. It is that warm feeling of friendship that lingers—even long after the post-journey excitement fades away. It is that kind of feeling that stays with me after I got back from visiting Karachi, Pakistan, June last year; and it is also that kind of feeling that remains as I was sitting on the plane, leaving Santorini behind.

It is about G, and our casual talk at the reception area. About how he introduced me to his friends and showed me the best spots in town to eat, hang out, or take beautiful pictures. About how he wanted me to bring a bottle of his family’s wine back home. About how he gave me his phone number and said, “Anytime you need anything, just call. I’m available 24 hours.”

It is about AD who greeted me every morning just because I always walked past his place on my way to the bus station. It is about our small talk every day when he asked me where I would go that day and what I had seen yesterday before giving me that pleasant smile and shouted, “Have a nice day!”—while waving his hands cheerily.

It is about AP who came to my table when I dine at his place. About how he thanked me for coming and told me stories about how he went fishing in the morning and caught the now-grilled sea bass I was eating. About how he told me that the baklava I ordered for dessert was a treat from him. It is about MS who welcomed me at his tavern and said that he remembered me (“You’re staying at G’s place!”) and sent a free Vinsanto wine to my table when I finished my meal. It is about F who was watering his plants when I passed by his house. About how he asked, “Hello, everything’s alright?” because he thought I was lost. It is about how we chatted after I told him that I was not lost; I was just wandering around the alleyways to take pictures of people’s fences, doors, and windows. It is about MA who shouted, “Apa kabar?” whenever I passed by her little shop after she learnt that I am from Indonesia.

It is about O, a friend of G, who gave me a crash course in Greek.

It is about the guy at the bookshop who pulled out a wooden puppet from somewhere and asked me, “Do you know Karagkiozis?”—and when I shook my head, he said that Karagkiozis is a kind of shadow play from Greece.

About how you can move the wooden puppet by pulling on the strings attached to it. “It is played behind a white screen, so people only see the shadows,” he explained, before slipping the wooden puppet into my shopping bag and said, “This is for you. A gift from Santorini!” They are the ones who make your journey memorable. They are ones who teach you something new, who enable you to see the world from a different perspective, who send subtle messages that somehow feel relevant to your life. They are the ones who shape the faces of your journeys. They stay with you throughout, because somehow—no matter how brief their kindness had brushed up on you, they have left a part of themselves in you. And whether you realize it or not, you have also left a part of yourself in them. And that’s exactly why, no matter where you are, whether you’re heading out on a new journey or simply going back from one, you will always feel at home.

Also in this series:

PrevSantorini | 2. The Road Less Travelled
Santorini | 4. Romance in a BookshopNext