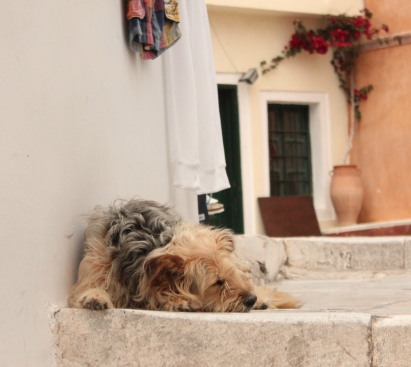 When travelling alone, I am the kind of person who will be spending as much time to do things I am interested in, in places I am most attracted to. It is never about the number of places I have visited or photographed, and it is definitely not about walking around with a tourist map in hand, check-marking the sites flagged as “must-seen” by others. Travelling alone is about a journey that is taking place inside of me. It is about waking up very early or very late. About enjoying or skipping breakfast. About wandering aimlessly or looking for a particular spot. About sitting in one small patisserie—reading poetry books for 2.5 hours straight or fluttering from one art shop to another in 15 minutes. About coming back to the hotel before dark and writing in my room or going out after midnight to take a peek at the bars or having a very late dinner. It is about what I feel like doing. It is about slowing down and taking a deep breath. About stopping and being still. About following where your heart is taking you. About not being in a rush. Santorini is the perfect place to do just that. Nobody is scurrying or honking or yelling or cutting in line. It is like seeing the world moving in slow motion, and it is such a wonderful scene to watch. You can see how people move their hands. The way the wind ruffles somebody’s skirt. The color of someone’s eyes. The freshness of the tomatoes on your salad bowl. The shapes of doors and fences and rooftops. The sound of a lizard moving lazily on the gravel path. This is a small island where everybody knows everybody. Where one is always somebody else’s childhood friend. Where people actually go to the beach or to the hills by bringing along their canvas and paints or guitar; then spend hours there, painting or strumming—just like in the movies. Where the streets and shortcuts and alleyways become amazingly familiar to you in just a day or two (“It’s really difficult to get lost here, trust me,” said G—the owner of the hotel where I stayed, when I told him that I have a very poor sense of direction. He was right). On my first day, I tried my luck (and courage) in taking the shortcut from the hotel to the city center. Instead of following the main road, I climbed the alleyways behind the mini market, walked past people’s homes and establishments, took pictures of everything beautiful while trying to avoid stepping on the fresh donkey manures. I did well. I went out (somehow) at the right alley, just before the bus station at Fira’s city center. From that day on, I got all the courage in the world to take shortcuts and alleyways to some small villages nearby, never once got lost. Later that day, having seen the photographs, G was surprised knowing that I had snapped a picture of his family’s old cave house. “How did you find it? It is hidden from the street…!” (well, I did take the road less travelled!). G’s father and grandfather was raised in this cave house, a traditional house—built deep into the rock face—of the locals in Santorini. At the moment, most cave houses have been sold or leased as hotels/villas. “The cave house is empty now, and we’re planning to sell it as well,” said G.

“Must be hard to let go of such a precious family possession. It holds the family’s history,” I replied, reminded of a friend of mine who had recently sold her family’s old house.

I wandered around Fira’s city center that afternoon. The sun was shining brightly, but the wind was blowing hard and cold—enveloping me in the fresh and salty scent of the Aegean sea. Wrapped in my pink cardigan, I climbed up past the little shops selling local delicacies; Vinsanto wine and olive oil in pretty bottles, to the stretch overlooking the caldera. {Note: The present-day crescent shape of Santorini island is essentially what remains of an enormous volcanic explosion some 3,600 years ago. This created the current geological caldera; a giant central lagoon, more or less rectangular, and measuring about 12 by 7 km, surrounded by 300 m high steep cliffs on three sides.}

I just sat there for I didn’t know how long; mesmerized by the stunning view and the fact that I was actually here, standing right in the middle of my fairy tale. How far can a dream take you? I would say, far. Really far. PrevSantorini | 1. The Art of Travelling Alone
Santorini | 3. Those Who Leave TracesNext