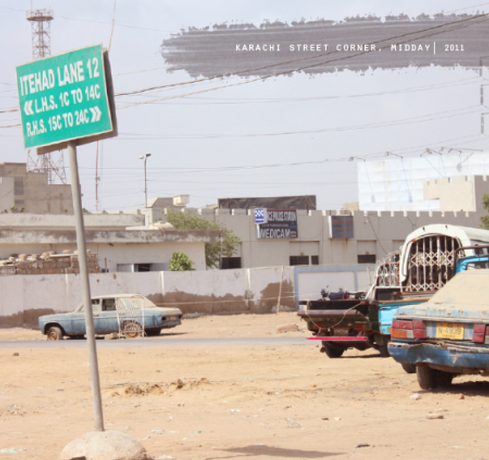 Kindness is like electricity. It keeps flowing wherever it finds a connection | Bina Shah, Pakistani’s writer & columnist

What have you heard about Pakistan?

If all that came to mind is the images of bombings, killings, corruption, Moslem extremists, natural disasters, poverty and terrorist attacks, well, you were just like me. Until four days ago, that is, when I landed in Karachi (Pakistan’s City of Bright Lights) and realized that the country has a lot more to tell than what we’ve seen in news reports. The top of my memory list about Pakistan is the genuine warmth and hospitality of the people. It brushed over me like a sweet nostalgia of being in my own home country. The friendly gesture seeped gently and silently from the side street of Karachi, the market, to the security guards at the hotel lobby. When we were hitting Karachi’s bustling street on midday and taking pictures of a colorful tuk-tuk, the driver turned his head to us, made a peace sign with his hand, and shot us a pleasant smile. At Zainab market, overhearing Dita and me speaking in Indonesian, the shopkeeper told us how he adored Indonesian batik and wished to sell it in Pakistan (which he couldn’t do, unfortunately, due to high customs duty). It’s impossible not to feel optimistic and hopeful when there’s such friendliness around; lifting your mood as you go along. The second is the positive energy radiated by Pakistan’s younger generation I met during the Social Media Summit. I have faith in Pakistan today, as I have faith in Indonesia 5 – 10 years ago, when things turned ugly. I mean, we’ve been dealing (and still dealt) with more or less the same thing: bombings, killings, corruption, Moslem extremists, natural disasters, poverty and terrorist attacks.

I might have little faith in our government or in the way they rule the country, but I have faith in my fellow Indonesians, especially the younger generation. They’re the ones eager to become a part of a solution instead of being a part of the problem. Maybe, we’ve been so tired of being pessimistic and cynical about a lot of things, and decided to do something about it instead. While our younger generation came up with amazing initiatives like #IndonesiaUnite, Indonesian Youth Conference, Indonesian Future Leaders, and many more, Pakistani youths have also shown their contribution to their beloved country. One of them is Mehreen Kasana, 20 years old. When I was in Pakistan, the killing of Pakistani youth Sarfaraz Shah by Rangers personnel outside a park in Karachi made headlines everywhere. I met Mehreen during the Social Media Summit at Avari Hotel. She was standing near the coffee table, holding a sign: Stop Killing Your Own People, after coming back from protesting the brutal act. Mehreen is a media student who is loud and opinionated, and she doodles a lot. Her recent blog posting discussed about stereotyping:

I was arguing with a professor once about stereotypes and how they affect us in both direct and indirect ways on discerning levels. After being viewed as a brown Muslim female from Pakistan, I have had my fair share of instances where apparently wise people ended up asking me questions that deserved exasperated sighs and, sometimes, a good punch or two. e.g. “Do you guys in Pakistan kill every girl who wants to study?” and recently “Does everyone wear those black face net things? I heard you can get shot if you don’t.” >> Read more…

And then, there’s Syed Ali Abbas Zaidi, 25 years old—who came all the way from Islamabad, City of Angels. We shared a session on using social media for disaster response and management. Ali and his friends started a youth movement in Pakistan, called Pakistan Youth Alliance (PYA). As quoted by The Viewspaper, Ali said:

PYA is silent revolution; it is by no means a rebellious initiative. We don’t like to point, we aim to change! We don’t mean to burn, we aim to spark! PYA is a youth motivated, youth run, and youth centered non-political/ indigenous movement which aims to wake the youth of Pakistan from the sleep of apathy. We have had it with the flaws, we have had it with injustice and we have had it being quiet. The anger in us all boils our inside so much that we wish to scream, but if we come out on streets in an unorganized manner, no one would listen. >> Read more…

Pakistan Youth Alliance played a significant role in 2010 Pakistan floods, when they did online fundraising and distributed donations to different areas blocked by the severe flooding.

And please meet Gibran Ashraf, 25 years old, a journalist at the Express Tribune who interviewed me about Coin a Chance!. When he saw my Canon 550D, we started talking about photography instead. And this is Khaver Siddiqi, 31 years old. He’s a social media manager in a company called Creative Chaos (don’t you just love the name?). Similar to Indonesia, brands and companies in Pakistan have also started making their way into Facebook and Twitter, especially to reach the younger generation. This is my new Pakistani sister, Sundus Rasheed, the manager of programming at an English-language radio, CityFM89 in Karachi. She loves Ariel Peterpan and really upset that Ariel is now behind bars. She was one of South Asia’s young leaders who got invited to join International Visitors Leadership Program for Civic and Political Engagement hold by US State Department. Sundus (and her sister) took me out at around 1 AM to roam the old town of Karachi. The town was lively in small hours, with lots of twinkling lights and street stalls. People were walking, talking, eating, and I got to taste Pakistani’s dessert made of milk cream, and savored one of the best Pistachio ice cream I’ve ever had in my life! Karachi streets after midnight were still bustling with life. Sundus told me that people are usually sleeping very late. In one stretch of the street, I could see lines of men with pillows and mattresses. And no, they are not the homeless. They are actually masseurs! 🙂

And who can resist the food? Can you imagine? I didn’t really take pictures of the food one by one because I was too busy salivating and attacking mutton curry and chicken masala! And yes, we’re talking about me—who took pictures of almost any kind of food, but was too absorbed in a parade of delicious meals to take a shot of Pakistani food! And it was mango season! I couldn’t describe how sweet and fresh the mangoes were!

And what about these gorgeous sites:

Mazar-e-Quaid (Urdu: مزار قائد) or the National Mausoleum refers to the tomb of the founder of Pakistan, Muhammad Ali Jinnah. It is an iconic symbol of Karachi throughout the world. The mausoleum (Urdu/Persian/Arabic: mazār), completed in the 1960s, is situated at the heart of the city. [Wikipedia] And this is the breath-taking view of the Jehangir Kothari Parade: Seth Jehangir Hormusji Kothari, was a member of the Parsi community and one of prominent philanthropists in Karachi, in the days before the 1947 Partition of India. He is remembered today for the gift of his house and adjacent land for the building of a promenade, known as the Jehangir Kothari Parade,[1] on what was then Karachi’s Clifton beach. [Wikipedia] And this is The Three Swords monument (Teen Talwar): This impressive monument can be found in the area of Clifton. Karachi has many landmarks, but the Teen Talwar really stands-out. The three white marble swords symbolize (and are inscribed with the dogma of Pakistan’s founder, Mohammad Ali Jinnah) Unity, Faith and Discipline. (“ittehad, yaqeen-e-muhkam, tanzeem.”) This lovely tribute was commissioned by the former President & Prime Minister Zulfikar Ali Bhutto (Quaid-e-Awam). The abundance of white, good-quality marble in the city’s vicinity has apparently encouraged its wide use for the creation of many monuments, lending a symbolic nature of grandeur & purity. [TripAdvisor]

And here are some shots from Karachi streets: Hey, remember those days when Indonesia became the “Travel Warning” country? And then Iwan Esjepe and his wife Indah Esjepe came up with the famous sticker we’re so proud of:

Well, let me tell you this: Pakistan is dangerously enchanting!

It was weird how I missed Pakistan instantly the moment I was in Dubai, waiting for my flight to Jakarta. And I just knew that I’d be back. Not only to Karachi, but also to Lahore, to Islamabad and other parts of Pakistan I’ve never seen before. This morning, at work, after feeding the goldfish and making a cup of coffee for myself, I realized how I wished I was still in Karachi: hitting the streets with some new friends, enjoying the food served at street stalls and attacking another cup of pistachio ice cream, watching concerts…

But, the best part of the visit is: that I’ve taken a bit of Pakistan’s spirit within me. And have kept it close to my heart ever since.

*) thank you for everyone I met during Pakistan’s Social Media Summit, organizers, panelists, and participants, for your warm welcome and hospitality, for making me feel like I’m at home. bahut bahut shukriya.