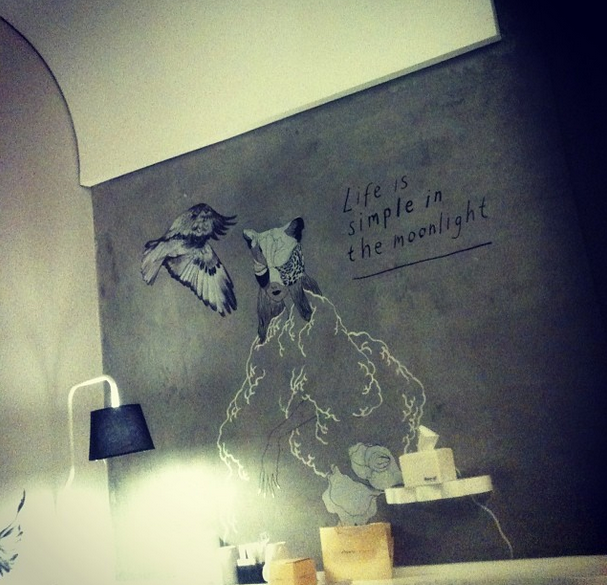 What does it mean to get The Answer?

This question crossed my mind one cold and wet evening, as my friend and I sat at the corner table. She was having a plate of chicken teriyaki and I was facing my Fettuccine Alfredo. The old restaurant was surprisingly busy on a weekday. People kept coming through the front door. The last order was just an hour away. I glanced outside the window and made a wish for the rain to stop when we closed our bill, so that we could stay dry as we walked back home.

After several months of lovely and confusing pseudo-relationship, she decided to manage her expectation and guard her heart. And so, she posed The Question. “I am not asking you to do anything. I just need to manage my expectation,” she said, as they sat side by side under a strange sky in a strange country, far away from home and past memories. “I love what we have. And I will want to have it as long as possible. But at the same time, I need to protect my heart, too. I only need to know whether this will go further than a summer fling; or not. That’s all. That way, I can prepare my heart, so I won’t hurt myself again.”

He gritted his teeth and responded right away with, “It’s NOT a summer fling! I really believe in what we have, in what we share. I love the idea of us as much as you do. And I want you to know that from the very beginning.”

She felt her heart leaped a little bit.

“But the fact is, I have a girlfriend,” he went on. “And we’re about to get married at the end of the year.”

Something sunk in her chest. She felt that familiar pain, again. She was not immune to that, no matter how often she had been exposed to such a situation.

So she decided to put an end to it. She knew that they wouldn’t go anywhere. He was about to get married. There was no future in it. She didn’t want to get hurt again. So she bid him what-she-thought-to-be farewell. But he refused to leave her. And she could not deny the chemistry. The signs. The bond. She could not deny her heart. But the clock was ticking. So she posed The Question, again.

“We can’t go on like this,” she said, a bit frustrated. “I need to know where we’re going. You’re about to get married. So why are we here? Why are we doing this?”

“I love you,” he said. The answer almost everyone would want to hear. “I could not betray my feelings, too. I’ve made up my mind. I’ll talk to my girlfriend and her family. I want to be with you.”

And with that, she had The Answer–something most of us want: certainty, affirmation, commitment. She smiled with all of her beings. With The Answer, for the first time after those bittersweet months, she finally found both her official permission and her safety net. To open up. To dream of a future. To be vulnerable. To pour her heart out. To fall in love completely.

Three months later, she received a wedding invitation. From him. She wasn’t the bride.

“So, what does it mean to get The Answer?” I asked myself when she finished her story that evening.

I realized that The Answer could come in many forms: from the three-word I-love-you thing to a reply to your text message; an invitation to watch movies, a “you’re beautiful” whisper, the changes in someone else’s Facebook profile from single to in a relationship, a marriage proposal, a wedding ring, the “imaginary lights” in his eyes whenever he looks at you. And we always think that we need The Answer. To move on. To have a closure. To be sure. To be double sure. To decide on what we want to do. To find out whether we should or should not fall in love completely. I felt this way before, too. There were numerous times when I persevered too much in getting The Answer; to the point that they started to feel like lame excuses.

When we came to think about it, The Answer does NOT guarantee anything. We think that we’ll feel certain when we have The Answer, although we know full well that there’s no such thing as certainty in life.

As I finished my Fettuccine Alfredo and sipped my lime juice, it became clear to me that while a lot of people are trying as hard as they can to get The Answer, getting it doesn’t really matter much. Such is life. People say things they do not mean. People say things they really mean but then change their minds. The heart finds a new object of affection. People grow together and then grow apart. Having The Answer would not make us immune from hurt and pain.

Why do we need to get The Answer from someone else to decide on what we want to do: on whether we want to smile or weep; move on or fall in love? Why do we need to be certain about something when we know that life is full of uncertainties? What is wrong with not knowing and be okay with that? Because even when we have The Answer, we will always find another question to ask.