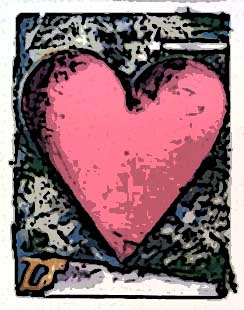 I have only 2 Valentine memories.

When I was 13 (or 14? I’m too lazy to count) someone gave me a cute teddy bear on Valentine’s day. I still keep the teddy bear until now, and you probably have taken a glimpse of it in my previous postings. It is irresistably cute 🙂 OK, so that’s one memory.
The other one was quite funny, though.

It happened one Valentine, when I was still in college. We’re bestfriends of five: two guys and three girls. Since four of us are single, we decided to spend Valentine’s eve together. Hey, why not? It would be better than staying at home and whining about our miserable love-lives ;p

We dragged ourselves into a car, after one of us declared that she had a discount card from TC Square in Kemang. So, off we went 🙂 Before we reached TC Square, we passed plenty of florists with beautiful red and white roses on display. Of course, the girls were drooling; and (again, why not?) we asked the guys to buy us white roses. No, we urged the guys to do so!

Now each girl got a white rose of her own 🙂 How lovely.

We spent the whole night chatting, laughing, taking pictures … it was everything but romantic. But then suddenly things got a bit more serious and the last thing I knew, we have made some sort of promise with burning candles as the witnesses.

Now, to be honest,
I can no longer remember what was that promise all about. Well, no problem. I think I’m not the only one …