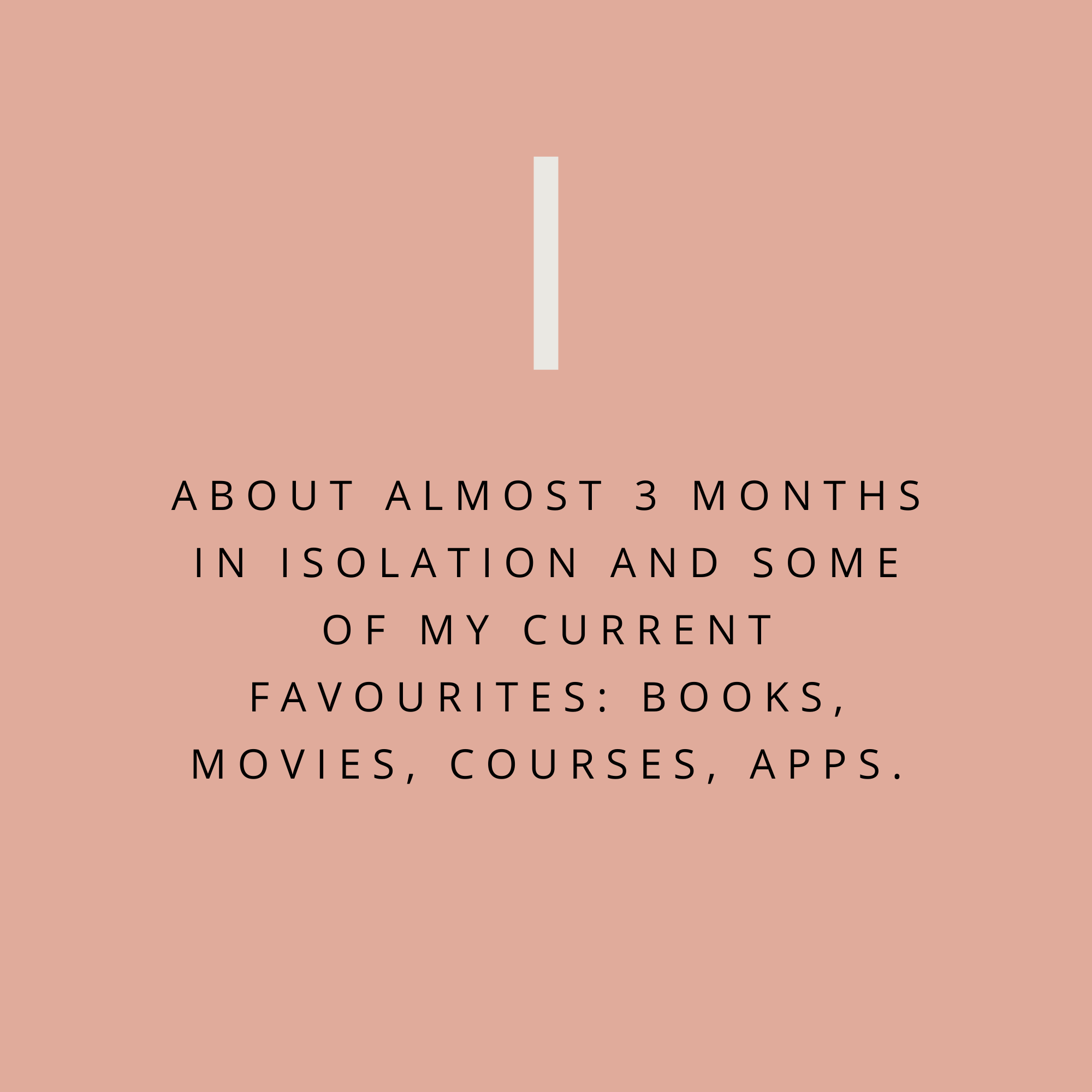 I can’t believe it’s been almost 3 months since my self-isolation started.

The first month was the month when I was trying to figure things out. There were still loads of worries and fears about what could happen and how it would affect my families and loved ones. I wrote in my journals almost every day, trying to understand what was happening inside of me and give things a bit of perspective. I stopped checking the news or updates surrounding the pandemic because I realized it didn’t do me any good.

I fell back into my meditation and journaling practice and did some light yoga or qi gong every now and then, to help me feel a bit more grounded. I did what I could, but then I also needed to accept the fact that I couldn’t do everything, help everyone, or control what was happening, and this was okay.

The second month was the month when I started to reconnect with friends, jumped into online meetings and calls. I knew I wasn’t fully ‘out there‘, yet. Some people were very productive during these times, and I sometimes felt like I didn’t do enough.

However, I tried to listen to my body and spent most of my time reading or learning without guilt-tripping myself. I felt like it was time for me to go inward instead of outward. Maybe I needed this month to refill myself, recover, and recharge?

The third month, the month of May, was the one where I felt most grounded. I felt the urge inside of me to move (both physically and mentally). I picked up on both client and personal projects, planned some stuff for the rest of the year, facilitated online courses and IG lives, and revisited some old projects with friends that got postponed or delayed.

And here are some of my favorites in May:

What are some of your favorite books, movies, courses, or apps this month?

Do you find yourself having more time to read or chill, or on the contrary, you are even more swamped with work and other daily chores? (I know some of my friends find themselves much busier than the pre-pandemic time!)

Wherever you are and however you spend your time during these times, I hope you are well.

I hope you stay healthy, loving, and kind.