On Traveling the Kitchens. 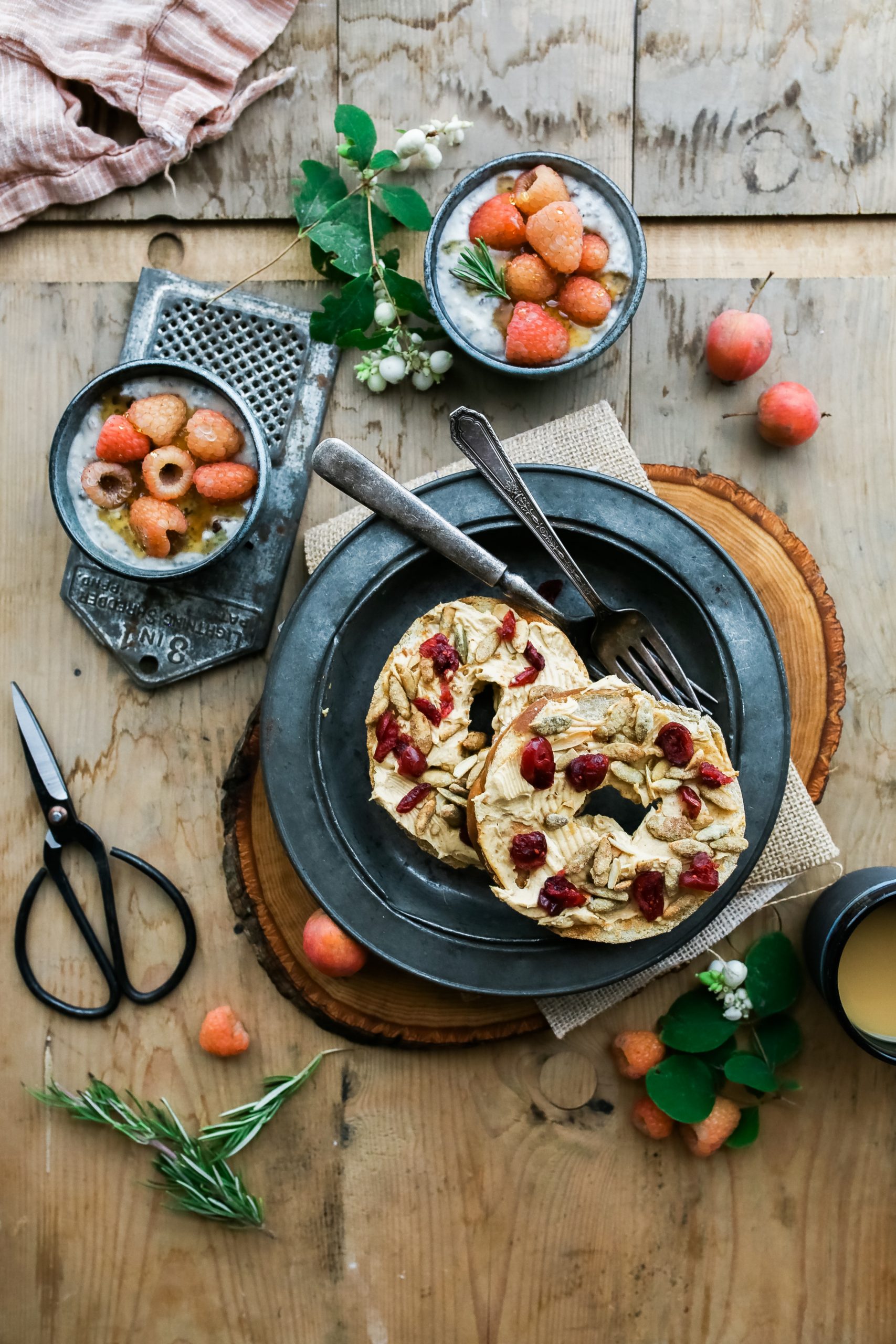 The place I like best in the world is the kitchen.

With this heart-robbing sentence, so begins the story of a young woman, Mikage Sakurai, as she’s dealing with love and loss while trying to find her place in the world.

After more than 10 years, the novel Kitchen by Japanese author Banana Yoshimoto is still one of my all-time personal favourites. I couldn’t remember how often have I taken this book out from the shelf and read it again cover to cover, I could almost remember most of the words by heart. The pages have started to yellow and worn out to the point that I started to think of getting myself another copy—just in case. That evening, we had just wrapped up our dinner in a local establishment in Kyiv, well-known for its varenyky; a kind of Ukrainian dumpling. I enjoyed mine with gusto (mushroom-filled and served with sour cream) while Ieugenia and Kyryl told me some stories about their childhood as they remember it when Ukraine was still a part of the Soviet Union.

It was drizzling outside when we stepped out, just as Kyryl had predicted in the afternoon. He had sniffed the air earlier as we were walking around Andriyivskyy—dubbed as Kyiv’s most charming street, and exclaimed: “It’s going to rain later on!”

We huddled together in front of the establishment, thinking of what to do next. We didn’t feel like going out, but we were still eager to converse some more. So Kyryl said, “Let’s go to Ieugenia’s place, then. We can just hang out there. This way, you can also see the typical Soviet flat!”

The drizzle turned into the pouring rain, so Kyryl stopped a taxi. I sat at the back with Ieugenia, and off we went to a ‘typical Soviet flat’. According to the couple, old apartment buildings in Ukraine built during the Soviet era have identical rooms. “All the furniture, the desk, the chairs, the bed, the stove, the layout, everything is identical!” said Kyryl with much amusement as we climbed the stairs to Ieugenia’s flat.

When Ieugenia opened the front door, I gasped at the view of a ‘typical Soviet flat’ and gasped some more as she gave me a short tour. I felt like I had just transported back to my childhood home in the ’80s. All the furniture and the electronic appliances were the ones I recognized by heart from the times when I was still too short to touch the kitchen counter!

The tube television, the radio, the stove, the cupboard, the washing machine… I kept on pointing at them and laughed nostalgically: “I had one exactly like this when I was little! And this! And this!” We spent the evening sitting in a ‘typical Soviet kitchen‘ that looked exactly like the kitchen in my childhood home where I could find my mother frying egg with margarine. The similarity was so striking, even to the table cloth.

Kyryl served cognac and cut some melons (“This is not something Ukrainian, to eat melons with cognac,” he laughed. “But this is the only thing we have lying around. And the melon is really good! So sweet!”). We sat there for hours, talking, while the government’s radio was playing some songs in the background.

The tint of its static sound reminded me of the days when I was 8 and found the short wave (SW) switch on my parent’s old radio. That day, all of a sudden, my room was filled with foreign languages: a different kind of strange sounds I didn’t truly comprehend. They came all the way from faraway places: Australia, Britain, Germany, China…

I listened to these radio broadcasts ceremoniously, as if it was my one-way ticket to get transported to another world: a magical one.

I was a kid who found the SW broadcast to be way more interesting than television. I sprawled myself on the floor, one ear glued to the speaker, listening to foreign people reading news in foreign languages from faraway countries. My mother was the one who told me that it was, indeed, just a news broadcast.

However, to me as a little girl, it was a promise. A promise that there was another kind of world out there, a world I felt so close and so attached to, as magical as those foreign voices wafted around my bedroom.

When I came to think about it, the SW radio broadcast was probably the first impulse I had as a little girl to dream about traveling. And when it comes to the kitchen, as a little girl I spent most of my time in it, watching my parents cook.

I squatted near the oil stove when my mother cooked a huge pan of chicken soto (clear herbal broth with turmeric and herbs) for the New Year, and enthusiastically took the small duty of brushing egg yolk on top of about-to-be-baked kaasstengels (Dutch-Indonesian cookie) as if it was a great responsibility. I hovered around my grandmother as she cooked instant noodles inside a dented pot (the bottom was blackened after years of use) for my grandfather. I adored the smell of the kitchen as my father made scrambled eggs with stinky beans and sweet soy sauce.

Later in life, as I traveled around either for business or pleasure, I found myself ‘adopted’ by a kitchen, again and again. It was in the kitchen that I could experience those moments when I was still technically a stranger but didn’t really feel or being treated like one.

A Filipino lady who lived in Kuala Lumpur took me to her kitchen and taught me how to cook chicken with potato, tomato, onion and cream.

In the remote island of Sawendui in Papua, I squatted in front of the communal outdoor kitchen, along with the dogs and a cat, while the village women cooked rice, mussels, and shrimp the men had just caught a few minutes earlier. In a transmigration village in Pontianak, I let my eyes got teary from the smoke as the village women cooked rice, vegetables, sambal (Indonesian hot relish), and salted fish over a wooden stove. They were chatting and laughing as they cooked, the sounds of pots and pans and plates as they bumped into one another were simply musical.

I loitered around Ian Curley from Conviction Kitchen in Jakarta as he prepared beef tartare and leek salads, and sat right in front of the kitchen during breakfast in Blixen, an artsy brasserie in Spitalfields, London, watching the Chef manned the kitchen staff in awe: reading orders aloud, giving instructions on what to prepare next, and inspecting each plate before it was served to the customers.

I assisted the making of ricotta dessert with honey, orange, and cinnamon for Christmas lunch in Albiate, Italy, shredding the zests of the fresh-picked oranges while the family’s black cat, Pepe, slept soundly under the kitchen table; then hovered over Elena (an Italian girl who speaks Mandarin) in another kitchen next door as she made red wine risotto. I borrowed the kitchen a few days after a visit to the Esselunga (supermarket) to make sambal goreng ati (liver, potato, and shrimp cooked in spicy coconut milk) for the family.

IF YOU WANT TO KNOW SOMEONE, SPEND TIME WITH THEM IN THE KITCHEN.

There’s always something magical and meditative about spending some time in the kitchen: either it’s for cooking dinner, preparing breakfast, baking cakes, brewing coffee, or simply watching someone getting busy around the kitchen counter.

The living room is too polite, the bedroom is too intimate, the terrace is too open, the bathroom is too weird, but when someone took you to their kitchen, you’ve somehow been taken in. You’ve crossed the line between a guest and a good friend.

It is in the kitchen that stories were being poured out over pans and pots and kettles and bowls; just like in the old days when women cooked together for a festivity and whispered their hearts’ secrets as they washed vegetables, peeled garlic and onions, boiled chicken broth, marinated fish in salt and tamarind, and scrubbed their turmeric-stained fingers with cucumber and key lime.

Because in the kitchen, even in such circumstances when nobody was talking, the silence itself tells a story. Just like the faint sound of the soup in a pan, discreetly boiling over a small fire.

I will have countless ones, in my heart or in reality. Or in my travels. Alone, with a crowd of people, with one other person—in all the many places I will live. I know that there will be so many more. [Banana Yoshimoto]

PrevHow to Get Paid to Write: 3 Steps to Earn A Decent Income Through Writing
Blogpost Idea: How to Turn A Single Topic Into 30 Blogposts.Next