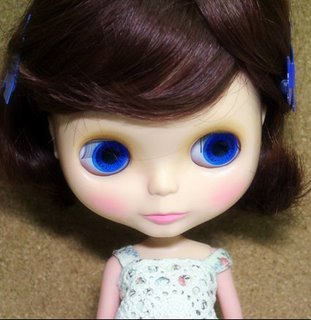 It was another Sunday afternoon I spent inside my bedroom; snuggled with more than 53 pages of Marianne’s postings in her wonderful blog: Confessions of A Girl Gone Mad.

I have printed out her previous postings one night, and fastened those pages with a black huge paper clip. I did it in purpose. Since then, in my lowest days, I can always count on Marianne’s postings to make me feel a bit better. Her writings tingle me with this warm feeling of knowing that I’m not alone in this fuss.

I have finished swallowing 10 pages or so before I went to the kitchen and made myself a cup of ‘Chocofee Special’—a mixture of instant coffee (no sugar added) and pasteurized chocolate milk in a huge mug. What a perfect potion, combining caffeine and aphrodisiac in one lousy Sunday afternoon.

The potion must have been strong enough for it have poisoned my brain, and made me do some things I didn’t want to do at the first place. The next move was a big no-no. But I did it. I jumped into that ‘hell-hole’ once again.

In a minute or so, I have grabbed my diary—and flipped the pages until I spotted that sacred date: when you were here. When we met. When it ended.

It was like a burning fire, the sensation that stings my very eyes. I won’t cry. I knew it for sure. It’s like a very sad movie you’ve watched for a million times, and then the saddest part doesn’t bring a shed of tears into your eyes any longer. That you’ve remembered all the details by heart, and all the excruciating pains have become so familiar, and it left you feels nothing but a pang.

I have dreamt of that day, when we met again after we parted for years. Probably being far away from each other for some times could … or would … or should … I don’t know … made us closer?
Made us longing for each other’s presence even more?

But the truth is, nothing has ever happened the way we planned it to be.

There was no such thing as a private dinner; instead, we’re hanging out with a bunch of friends. My friends, your friends, those silly jokes, stupid conversations, awkward moments. Then we parted again after a most condensed 1-hour that I’ve ever experienced in my whole life.

That was so familiar. And I kept asking myself, am I going to repeat all those hellish routine every time we met?

When will I be able to restrain myself from loving you this way? I make plans, but I ruin it. I make promises, but I broke it. I make confessions, but then I deny it.

I closed my diary and wrote this hullabaloo as an effort to keep my sanity, while listening to this song “When You Know” by Shawn Colvin (the original soundtrack of Serendipity).

Instantly, the music and the lyric filled my mind with the ghost of you.