5 Things I Am No Longer Afraid of Saying to Be True to Myself. 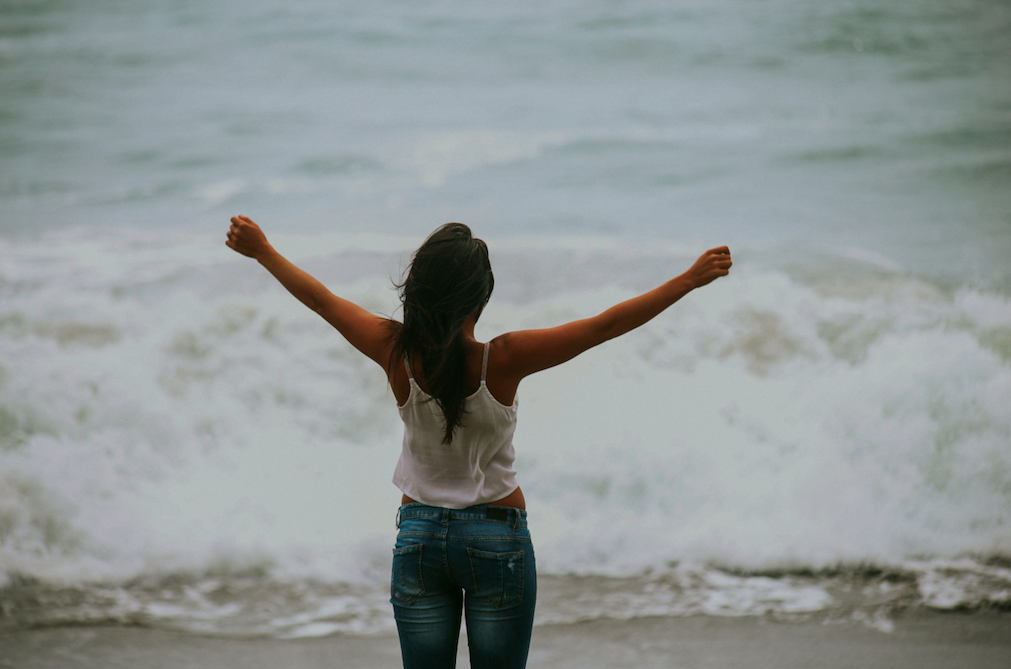 “The thought of being whoever I want is a terrifying thing because I have only ever been who everyone has wanted me to be.”
― Dianna Hardy, Saving Eve

I used to be a people pleaser. To some extent, I guess I still am. Not as much as before; but the tendency is still there.

I grew up in two ‘opposing’ families in terms of faith, values, and cultural background. Since I was little, I had taught myself to be accepted on both sides of the family by being a chameleon.

It was a safe way to avoid conflicts. A safe way of not being rejected. To feel as if I belong here and there, at the same time.

My transition into adulthood posed another question though: Who am I, really? What kind of person am I, truly?

I used to feel ashamed of saying this. I felt incompetent. I felt stupid. I didn’t know where exactly I got the idea that I couldn’t simply say these words bluntly. Maybe at school, when I learned that most of the teachers wouldn’t accept those words kindly.

It used to be a sensitive subject. Something you would avoid discussing. Probably because most of the time, we linked our success based on the things we can afford. Wasn’t it the case? When I was a kid, I saw how the adults around me measured each other’s successes based on how many things they can afford.

When a friend asked me out to an expensive restaurant or went on a luxury trip somewhere, I used to feel as if I have to find a way to afford it. That I have to work for it. To make it happen.

It could be that I withdrew my savings. Took the money from another account that I had allocated for something more important. Spent the money anyway and braced myself for a week of only eating instant noodles. Or I would find a kind of lie to avoid the invitation altogether.

Was it shameful to say that we can’t afford something at a particular moment in life?

One time when I was still in university, my group of friends was planning to go to an expensive cafe. And one of them responded to that, light and loud: “I can’t join you, guys. I’m broke for the week!”

We all laughed. We understood. We didn’t perceive her as if she was less than before. We’ve all been there.

So, these days, I take it upon myself to be honest and straightforward with it: “I can’t afford it now. Maybe some other time?”

I used to think that I need to be a good ‘follower‘ to be accepted. That I have to say yes even if I want to say no. I repeatedly found myself in a situation I didn’t want to be in, simply because I have no courage to say no, to turn down an invitation, or to just simply say, “Sorry, I’ll have to pass this time.”

In the old days, this would mean finding myself being really sleepy and tired, couldn’t wait to go home and curl up in bed; but forced to laugh, dance, and make jokes with a bunch of friends or colleagues until midnight.

I used to think that if I wasn’t there if I wasn’t present in each and every moment, I would lose my friends. Or they might enjoy the night without me and stop inviting me altogether. I was afraid that they would look down on me, or talk about me behind my back.

My insecurities made me suffer.

But I’ve had enough of that. If suffering is an option–like what Murakami said–then I would say: “Sorry, I’ll have to pass.”

4. Actually, I have a different opinion

I learned that it was safe to be similar, and it was dangerous to be different. The best way is to be like everyone else, doing what everyone else is doing, following the majority, and trying hard to be a part of it.

This was unnatural. Differences exist in life. We are all different in many different ways. What is it that makes us afraid of being different? Are we afraid of rejection? Of triggering conflicts? Of hurting others? Of hurting ourselves?

How did it get to us? Who taught us that we’re not allowed to be different, and to embrace our differences?

I used to go for the easy way: agreeing with everything everyone is saying. Just to be on the ‘safe’ side. But it only got me trapped in a more difficult situation: because how is it possible that you agree to everything, that you agree with everyone?

At some point in our lives, we need to know where we stand. So I start learning to disagree. And to voice my disagreement better. To accept that we can agree to disagree. To feel comfortable having my own opinion. To speak up. Sometimes, it starts with a tentative stutter: “Actually, I have a different opinion…”

I was raised to accept whatever comes my way.

This is actually a good thing, to some extent. The other extent is when I thought I have to accept anything that comes my way; even if I don’t want it. This includes wearing clothes I didn’t like to allow disrespectful behavior towards me.

At a certain point, it became unhealthy.

There were times in life when I didn’t even know about what I really want because I thought I should want the things other people want. I used to feel as if I was not grateful enough to say that I didn’t want something; or if I wanted something else.

I learned to be assertive. To say the things I want and the things I do not want. I tried with the simplest things: “I want to eat pasta today.” Or, “I don’t want to go to that event because I don’t find it interesting.”

I am still amazed at how liberating it is.

I realized that I used to hold grudges against certain people in my life, because I felt as if I have to do the things I didn’t want to do, only to please them. Then I pitied myself, saying: why am I the only one who needs to make the sacrifice? I ended up hating these people, or blaming them for the way they ‘make my life miserable’, for the way they ‘make me feel this way’.

Only lately I realized that this scenario happened only in my mind. The other person might not really know about this. They are not mind-readers. They didn’t know how I actually feel because I was too afraid to tell them about what I really want.