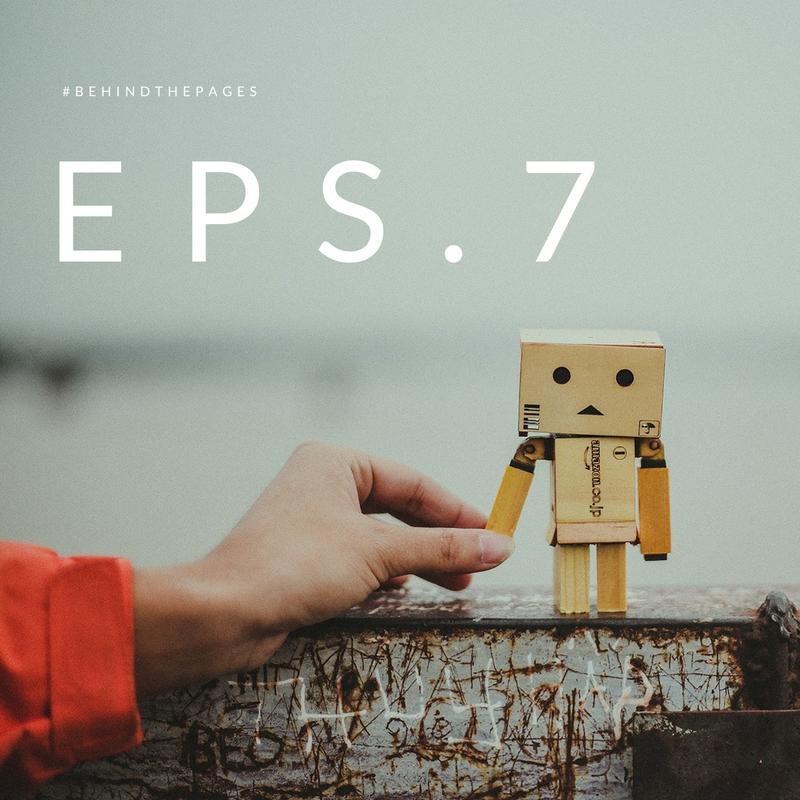 Windry Ramadhina is the writer of Orange (2008), Metropolis (2009), Memori (2012), Montase (2012), London (2013), Interlude (2014), and Walking After You (2014). She was nominated twice in Indonesia’s Khatulistiwa Literary Award. With a friend, Windry hosts tastelifetwice.net to share anything reading-related. She also appears in the show Breakfast with Author 1: TIGA CERITA CINTA.

Where do your characters come from?

Windry: Every time I write, I start with a conflict. Other elements, including characters, are born from there. Certain characters are only suitable for a certain conflict in a certain story. Thus, each character is unique.

A character becomes unique when we get to know him/her well enough. I am imagining that my characters are alive, just like us. They have a certain tone of voice, a certain way of thinking, as well as certain values–that are predetermined by the things they’ve experienced in their lives. They have background stories. And I have to know them all.

I even need to know what’s in their closet, what’s in their fridge, or how they look at someone who is meaningful to them, or what they would do if they were bored, or who they hang out with on a Saturday night. It’s a long list.

Often times, sketches help me. The more I know my characters, the more I get to know what to write about them.

Sometimes I also look at the people around me and borrow their characters for a novel. Rayyi’s friends in Montase (the novel), for instance. They are actually my real friends (in real life). This is an easier way to go, but it’s not a done deal that we can always find a real-life model that suits our story. What does your choice of characters tell us about who you are, your dreams, your fears, yourself?

Windry: My readers could easily recognize me through my characters. Each one of them is a part of me. I’m like a tiny jar full of various kinds of candies. When I write, I take a candy to be thrown into the story. The candy is me–who wants to be a photographer. Or myself–who believes that rain falls down carrying angels. Or myself–who is afraid to get hurt because of love.

To me, writing is an expression. Either consciously or subconsciously, I  guess I always show the real me to my readers. Through a story. Through the world, I write. Through my characters.

It’s very important for me to write honestly, by being who I really am. Because I am not writing to be ‘liked’. I write what I like so I can find readers who like the same things as I do.

How were your childhood upbringing and the people you know affect the way you choose your characters?

Windry: In my family, I was raised with such discipline, it was pretty tough. I was taught to be independent, not to rely too much on other people. And I do not have many siblings. I have a little brother who is really close to me–we’re like best friends. But most of the time I am all by myself because on many occasions, we’re living in different cities.

So it should not be surprising if most of my characters are strong, ambitious women who find it difficult to compromise. They are perfectionist, cynical, and has the tendency to appear cold. I am not really into weak characters; the way I do not wish to see myself as a weak person.

I grew up influenced by Japanese pop-culture. There were times when I read more manga than novels. Shounen manga, especially Naoki Urasawa’s, made me fall for witty, dominant, and complex characters.

Only after I got acquainted with Ichikawa Takuji’s novels, I learned to like sweet and sloppy characters, who make insignificant mistakes, something we can laugh at. I learned to have fun with them.

What do you find interesting about people?

Windry: I believe that everybody has a story. I like watching them, and then asking myself, who are they? What are they like in their daily lives? How do they live their lives? And in the end, I start to create some scenarios that–I think–might happen to them.

At other times they let out certain expressions, or do something I don’t normally do, or talk about things I just knew, or wear–for instance–a kind of hat I rarely see. Usually, these are the things that pique my imagination. But in essence, all I need to do is asking questions.

What’s your definition of a strong character in a story? Who is your favorite protagonist and antagonist from a book?

Windry: A strong character can make the readers feel their presence; their presence affects the readers; something that is long stored in your memories. Such characters must be created wholly. They need to be just like us, with multiple sides and complexities.

Each time we’re talking about protagonist and antagonist, I want to distance myself away from the trap of good-and-evil or right-or-wrong. I like ‘grey’ characters more.

I like imperfect protagonists, with weaknesses of their own, which gives me a chance to get annoyed at them from time to time. And I always want to find antagonists who would make me fall in love, who would grab my sympathy.

One of my favorite protagonists is Sophie Kinsella’s Rebecca Bloomwood. She is not trying to be perfect, at all. She is what she is. Just like Agatha Christie’s Arthur Hastings. And both are funny–in their own ways. They offer themselves to be laughed at. Sometimes, when I read, I just want to laugh and have a good time.

My favorite antagonist most probably is Johan Liebert from the manga Monster by Naoki Urasawa. A handsome (if not pretty), smart, and cold murderer. But what makes me fall for him is that he’s hurting. He’s hurting so deep; to an extent that the readers won’t be able to hate him.

If you can pick one real character from your personal life, someone who definitely has changed the way you look at things, who will this be?

Windry: My mother. She passes along the things she loves to me. Books, language, traveling. I got my first book from her. I fall for words and languages because of her. I went on many traveling journeys with her. And she taught me things that define who I really am, until today.

We’re not always on the same page about everything, but I think most of who I am comes from my mother.

Since I was a kid, most of the time, my mother is not at home. She is not ambitious, but she is always so lucky when it comes to working. And basically, she’s not the type who’d like to stay at home. She is sharp and independent, and a bit nonchalant. If we’re traveling in a group, she’ll separate herself and discreetly slip away.

Sometimes I ask myself if my writings actually talk about me–or about my mother.

PrevOn Learning How to Love My Body.
Mount Bromo and the Price of HappinessNext