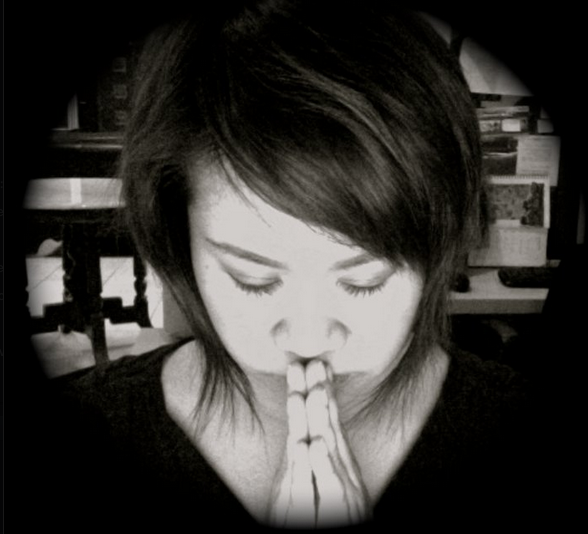 When he told me that he’s going to tell me a very sad story, I said: bring it on. Here you go, he said. It’s a story about something you’ve left behind…

They met in an unlikely circumstance. She was tired of having too high of an expectation. He was still trying to recover from a recent heartbreak. She glanced at him, trying to catch his solemn eyes. He glanced at her, trying to catch her halcyon eyes. As the gap between them grew smaller by the minute, she realized that she wanted to know more about him and he realized that he wanted to know more about her. And that was exactly when (just like in any other sad stories you knew) their time was up. And they had to part.

But life had taken its toll, and there was nothing they can do except to move forward, secretly finding ways to meet each other again, and kept missing each other until the day they meet again.

The saddest part is, he said, when they parted that day they didn’t realize that they would spend the rest of their lives, trying to find each other again. Don’t you think it’s sad?

It is sad, I answered. But I think things like this happen all the time in all parts of the world. It makes you feel like we’re all actually longing for something. And when you’re missing someone, thousands of other missing souls reverberate with you, creating a wave that is so big, so loud, so strong, it will somehow rub off on the person you’re thinking about.

On a cloudy morning, when you’re missing that someone so much, just remember that the thought alone will rub off on him. He might have just woken up, feeling bad, sitting at the kitchen table, sipping a cup of hot coffee to start the day and suddenly he would feel this immense warmth blanketed him, filling him in with a lovely nostalgia like a carefree memories of distant summer days, and before he realized it, he would have found himself smiling.

Of course he couldn’t explain the reason of this sudden lift of mood, but don’t we all know the reason?

— A sunny afternoon in Jakarta, headphones on, Mera Bichra Yaar from Strings playing on repeat.