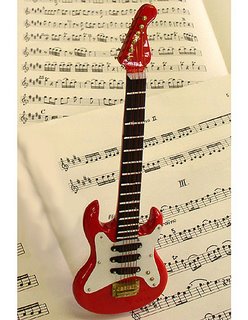 The small world phenomenon (also known as the small world effect) is the hypothesis that everyone in the world can be reached through a short chain of social acquaintances.

The concept gave rise to the famous phrase six degrees of separation* after a 1967 small world experiment by social psychologist Stanley Milgram; which suggested that two random US citizens were connected on average by a chain of six acquaintances.
*Karinthy, a Hungarian writer, was actually the first proponent of this concept in his 1929 short story “Chains”.

So, why am I talking about these things out of nowhere? Here is the reason why:

It was early in the morning. The office was still empty. I sat on my desk for a while, facing my laptop, with a cup of coffee in my hand. Without knowing the exact reason why, suddenly my mind wandered to B–a talented rock guitarist who left the famous rock band G*** in 1995 and flew to the US. I wonder what he’s been up to these days.

So, I went ‘googling’ and typed his name on the search box. The search results came out. The first line was an old piece about his performance in Dago Tea House. But it was the second line that surprised me the most.

The result on the second line was originated from an Indonesian website gitaris.com, contained this posting from a Canadian guy named Ian MacNeil:

“Hello, I’m a guitarist from Toronto, Canada. My name is Ian MacNeil. I am a good friend of ABS. I am trying to find B. If you know how to locate B, he can send me email. My email address is ****@hotmail.com. Thank you. Landau rules!”

I was stunned for a few minutes, and then decided to drop this guy an email–asked him if he had found B (remembering that he posted this message on February 2006).

I was surprised when the next morning, I found his reply in my mailbox. Ian said that he hadn’t found B; he was hoping that I could help him. Ian is a guitarist himself, he was a close friend of B back in the US, and after B came back to Indonesia, he lost contact with him. Apparently, B has somehow changed his email address without informing Ian about it.

About an hour after that, Ian dropped me another email:

“Hi Hanny! I just finished speaking to B!!! Thank you so much for getting the information to me! He is a great guy! I’m a crazy Canadian guitar player too! B is my gear brother!!! I haven’t spoken to him for over 5 years! This is really great! Thanks again :)”

I was speechless. This shit really happened? It was just amazing to be a part of such a cool reunion! And the most incredible thing is: over a billion surfers on the net, I am the one who found Ian’s message—and, coincidentally, I know the guy he’s looking for!

Came to think about it, probably there is no such thing as coincidence…