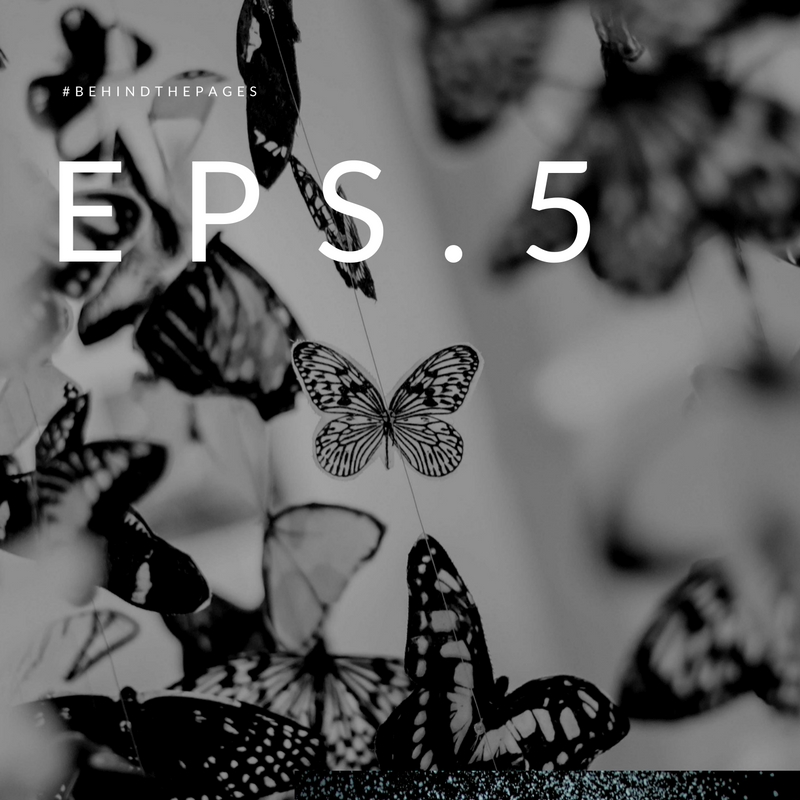 Elia Bintang had just launched his first novel, Pantai Kupu-kupu (Butterfly Beach), published by Plot Point. He is also an avid blogger who writes at Jurnal Elia and a singer/musician. Albert Camus, Haruki Murakami, and Jean-Paul Sartre are some of his major influencers. He is now living in Bali, Indonesia. You can read more interviews with Indonesian writers here.

Why beach? And why butterflies?

Because it’s a perfect setting for the characters. Imagine that you’re sick of the way you’ve lived so far, and decide to think about what it is that you really want, why do you exist, and stuff like that. Imagine that you are into the alternative way of living (and thinking) because the accepted way sucks. If you stay in the city, you’ll feel very much alienated. If you go to the mountains, you must be full of hatred.

This is not a story about alienation nor hatred.

There might be a subtle feeling of alienation throughout the book—I can’t put that out of the picture—but it has a certain quality of warmth, as well. A certain quality of fun–and a relaxed attitude. You’re serious, but not so serious at the same time. So, the beach is a necessity.

As for the butterflies, no particular reason. Maybe because they’re beautiful (just think about millions of them coming out of the sun). The main character has a rainbow-colored butterfly tattoo, too. She, as well as the guy, is a part of the Rainbow Community. It’s inspired by the Rainbow Family of Living Light in real life, a community that embraces the alternative way of living.

I choose butterflies more for artistic reasons, I guess.

How and where do you write?

Elia: When I’m working on a novel, I write for eight hours every day. I write anything that comes to mind for the first draft. After that, I review it, analyze it, make an outline, and begin the second draft. I review and analyze it again, decide on which parts that are inefficient and should be left out; and what I should do to improve the story and the writing. Then I begin the third draft.

If everything goes well, it’s all that it takes. But sometimes, it takes more.

I write anywhere. I’ve written in Jakarta, Yogyakarta, and Bali. All I need is a quiet, peaceful room with a closed door. And cigarettes. And cups of coffee. A beer, occasionally. Whisky. Songs that take me somewhere else. Magic mushroom would be nice, as well, for fresh new ideas and perspectives.

You’re a musician, as well. What is it that music can’t do, that writing can do, or vice versa? How do these two influence each other?

Elia: A song is a sword. A novel is a slow knife. If you want to die, get the first one. If you want to understand pain, get the second one. You will die, too, in the end, but as a deeper, wiser, more complete person.

My music doesn’t influence my writing. My taste of music does.

I like Radiohead, Sigur Ros, Massive Attack, Isaac Delusion, stuff like that. Their songs set my mood right when I’m writing surrealistic things, which is an important aspect of my work besides freedom and counterculture. They stimulate my senses and imagination.

I believe that our writings or stories reflect our fears, dreams, wishes, concerns, beliefs—or a combination of all those. How do you see Pantai Kupu-kupu reflects yours?

Elia: It reflects my concerns and belief quite a lot. I believe that we should live this life as subjects, not objects to labels, stereotypes, norms, values, and anything created by society.

We have responsibilities towards other people, of course, but we are individuals at the same time. We are free.

It’s up to us–how to live and define ourselves. All the characters in Pantai Kupu-kupu define themselves; or in the process of defining themselves.

Women shouldn’t be afraid of anything. Women are free individuals and shouldn’t give a shit about the pressure society puts on them; it’s how society sees them that has to change. Women shouldn’t live their lives expecting to rely on men financially and emotionally; because they are better than that, and are capable human beings—besides, men don’t owe women anything, we are all equal.

All female characters in Pantai Kupu-kupu are free individuals with good self-image and self-esteem.

Today’s culture was shaped by the generations before us. What kind of culture will we pass on to the next generations? It’s not the time to write about weak, fragile women and the superiority of men.

I sense several issues related to interconnectedness, finding oneself, and spirituality in this novel. How do you—yourself, as Elia—see these issues?

Even if you pray to a tree, the outcome would be the same: sometimes you get good things, other times you get bad things.

Based on this argument alone, I see no point in being too spiritual. I believe in the existence of spirits, but that’s it. I never discuss anything beyond that in my writing because my purpose is to emphasize the absurdity of life and the surrealistic things you can experience, not the spirituality itself.

I’m a non-believer and I think life is absurd.

You can live all your life as a good person and die in a traffic accident or in a bombing. You can be a bad person, kill millions of people, live a long life, and some people suggest to make you a national hero after you die. One phenomenon could occur just because it ‘felt’ like occurring.

I don’t believe in interconnectedness.

About finding oneself, I always think that self-knowledge is important; and that in life, it’s much more important to be than to have. Do everything your way. Succeed your way, fail your way, and in that, you will find yourself. The logic is very simple. When you’re being you in every decision you make, self-discovery is inevitable.

What’s the most difficult writing days in your life look like?

Elia: Writing is not difficult. Thinking of what to write is.

I always have a big picture in my head before I work on a story. I know how it’s going to be like, how the main characters look like, what are their strengths and weaknesses, their clothing style, how they move, how they become who they are, what they want, and so on. If you know all these before you write, it’s easy.

Writer’s block is a myth.

I don’t remember anything so unbearable about my writing process.

Prev6 Things You Might Lose On Your Traveling Journeys & What They Taught You About.
Maesy Ang & Teddy Kusuma: On Journeys, Distance, and Friendship.Next