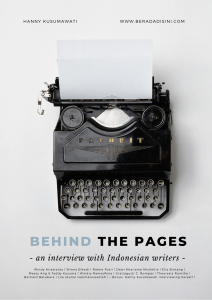 BEHIND THE PAGES is a 68-page e-book, a collection of my interviews with Indonesian writers about their creative processes, behind-the-scenes, dreams, fears, and upbringings. Maybe their creation stories can inspire you to pick up your pen and write, too!

I like having breaks from social media a few days/

Having fun sketching portraits at @theopendrawamst

That week when I finally got my freelance license

I am looking forward to the weekends these days be

When I was 12, proudly, I showed a short story I t